Home » News » Reflections on the Future of the National Intelligence Council and U.S. Intelligence 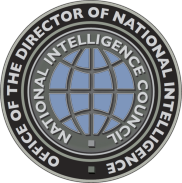 I had the opportunity recently to reflect on the past and future of the National Intelligence Council (NIC), which I was lucky enough to lead between 2014 and 2017, and which turned forty just before last Christmas.

NOTE: The views expressed here are those of the author and do not necessarily represent or reflect the views of SMA, Inc.

The NIC is the director of national intelligence’s interagency arm for analysis: if the president wants to know what the Intelligence Community thinks about an issue, that is the NIC’s business. Because the NIC has been the government’s pre-eminent shop for strategic analysis, its story is also the story of strategy and strategic analysis in the America government. Better still, I got to do the reflecting in the presence of friends and colleagues who had been comrades in the intelligence wars over the last three decades. I will not name or quote them, and they should be spared any identification with my reflections, but they did provoke them.

Looking backward, the NIC’s failures naturally overshadow it successes. The infamous 2002 estimate about Iraqi weapons of mass destruction (WMD) was a low point, but even it was probably the only possible conclusion given the information at the time. And, with hindsight, it is plain that the estimate made virtually no difference, for the Bush Administration had decided on war against Saddam Hussein long before.

Both NIC failures and successes spawned subsequent investigations. After 2002 it was the WMD Commission. Earlier, a 1995 National Intelligence Estimate (NIE) about ballistic missile programs concluded that neither Iran nor North Korea would be able to build one of intercontinental range in the subsequent decade and a half. That was rudely greeted in Washington as a political argument against Republican plans for anti-missile defenses. The result was another commission, this one chaired by the once and future defense secretary, Donald Rumsfeld. But the estimate turned out to be right.

Alongside the failed 2002 WMD estimate, the NIC did papers on post-invasion Iraq that, alas, turned out to be absolutely prescient. Slightly earlier assessments that the European Union would break up and that globalization would not turn China into a western-style political system—the latter of which earned a criticism from then Secretary of State Condoleeza Rice—also turned out to be on the mark, perhaps demonstrating the point that being right too early can be perilous.

It is nice to be right, but that is not the NIC’s mission. Nor could it be. Its mission is, in a line one of my colleagues heard from Sherman Kent—in many ways the founder of intelligence analysis in the United States—is to improve the level of debate in Washington. And so, my reflections turn to what that might mean in the future.

In a time when social media creates echo chambers for like-minded fanatics, when “false facts” abound, and when the very ideal of truth itself seems under attack, it is easy to be pessimistic, even dystopian. One former colleague noted that current policymakers are unlike the ones we had been used to in that many of them have little experience in foreign affairs. It reminded me a famous line, no doubt apocryphal, from the Eisenhower Administration. On cabinet secretary was asked why John Foster Dulles, the secretary of state, was so influential. The response: “A country will come up, and nobody’s ever heard of it, but Foster has a policy for it.” It does make me nostalgic for a time when ignorance led to deference, not to assertions that facts don’t matter.

But the worst of these times will pass, and future policymakers will want the truth even if they do not always like it. Yet even in this hopeful future, there is an enormous challenge for the NIC, and for intelligence.

Imagine the issues for which the NIC could be in the vanguard—space, biotech, cyber, pandemics, just to name a few. All of those cut across the domestic-foreign and public-private divides. Satellites were, only a few decades ago, the monopoly of governments, but now there are many more private satellites than government ones. To do its work in the future, the NIC—and U.S. intelligence more generally—are going to have to reach out not just to domestic agencies but to the private sector in a way it has not done before. I had a foreshadowing of the challenge when I was running the NIC. When the Ebola virus first struck, it struck in Africa, and thus was a “foreign policy” issue—relatively comfortable terrain for intelligence. Yet as soon as the first American cases were reported, it immediately became a “domestic” matter, and so the Intelligence Community found itself as the convener of meetings that were essentially about “domestic” policy.

As I look to the future, and to the issues on which intelligence in general, and the NIC in particular, might be the vanguard, they will be ones for which the challenge is reaching out—well beyond those highly-classified rooms where intelligence feels comfortable. They will be public. And so will intelligence.

Gregory F. Treverton was Chair of the U.S. National Intelligence Council until January 2017. He is now Professor of the Practice of International Relations and Spatial Sciences at the Dana and David Dornsife College of Letters, Arts and Sciences, at the University of Southern California, and an SMA Executive Advisor.

Defense Spending and Deployments: A Little History
SMA and COVID-19